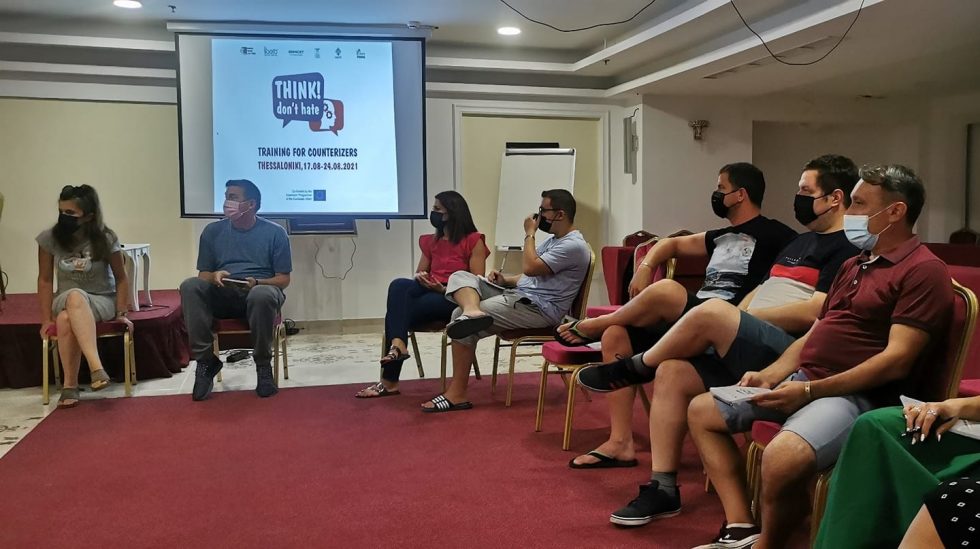 The next milestone of “THINK! Don’t hate” was reached!

Move It had the pleasure to participate in the “THINK! Don’t hate” Training for Counterizers, that was held from 17th to 24th of August, 2021. Held in Thessaloniki, Greece, this event provided an opportunity that gathered young people and youth workers from Greece, Montenegro, Serbia, North Macedonia, Belgium, Spain, Croatia and Kosovo.

This training helped Move It participants to acquire valuable knowledge and skills for utilizing critical thinking in fighting online hate speech. In addition, our representatives gave their contribution in the development of an innovative “Counterizers” curriculum and helped prepare a series of interactive workshops that will help prevent hate speech in our local community.

Move It has been participating in all the training provided by the Erasmus+ funded project “Think! Don’t hate”, whose aim is to fight hate speech in the online world by deconstructing and discrediting the narratives on which it is based, as well as by empowering young people to become leaders of the fight against fake news, prejudice and hatred on the Internet.

A warm welcome to our new friends! – Co.Mv.o.S